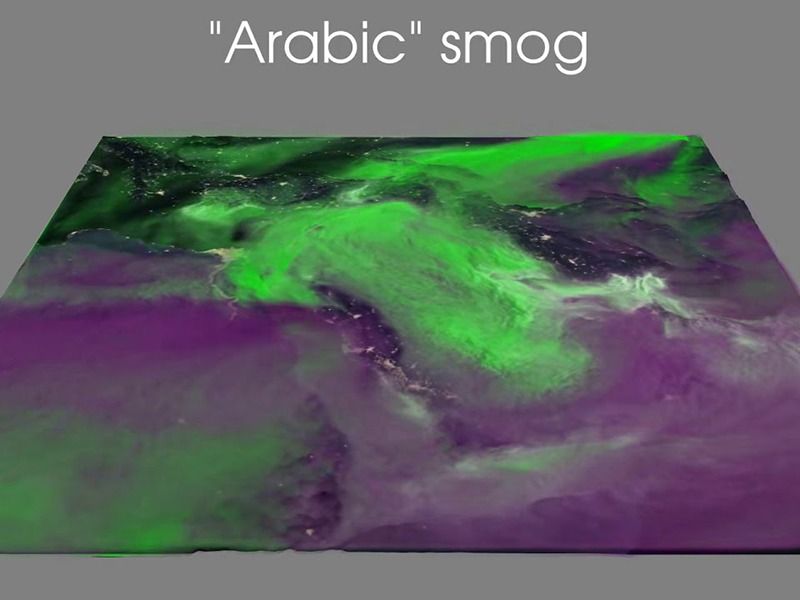 The Air Quality and Climate Change in the Arabian Basin (AQABA) campaign was a shipborne campaign organized by Max Planck Institute for Chemistry in Mainz in collaboration with The Cyprus Institute and other universities and research centers worldwide, that took place in 2017.

The Eastern Mediterranean and Middle East (EMME) region has exceptional environmental specificities, with extensive deserts, and is the most water-scarce region on Earth. In addition, heat extremes, dryness, atmospheric dust and air pollution combine into a major public health hazard.

The AQABA project aimed to address these issues, by providing the first-ever comprehensive in-situ characterization of the photochemical and aerosol processes in the EMME. For this purpose, 2.5-month oceanographic cruise (during summer 2017) was organized conducting pioneering atmospheric measurements across the Mediterranean and Arabian Basin (Toulon-Kuwait-Toulon).

The video below shows a WRF-Chem simulation of the atmospheric chemistry and aerosols over the Middle East during the AQABA campaign. The volume rendering shows 3 major aerosols in the region: dust, sulfate, and organics. NASA next-generation Blue and Dark Marbles are used as a surface texture to highlight the diurnal cycle.