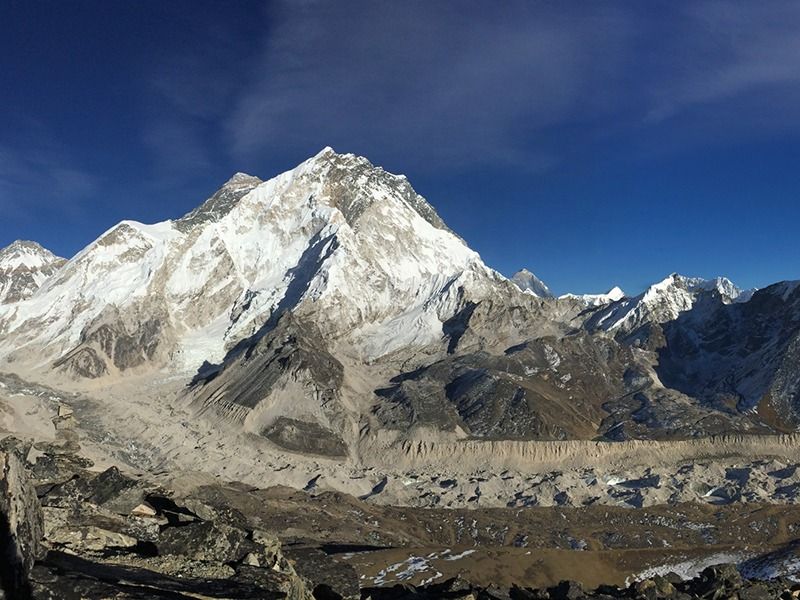 There is a natural “Himalayan aerosol factory” that can affect climate

It has long been proven that climate is influenced by human activity. Whilst human activity is the single greatest contributor to climate change with vast consequences from anthropogenic aerosols emitted or produced in the atmosphere, we tend to forget that trees also emit certain vapours that could participate in forming and growing aerosols that can affect climate. Indeed, in a recent study performed at the top of one of the world’s highest mountains – the Himalayas, a substantially large amount of particles formed on site was measured.

The study was performed by a group of international scientists at the Nepal Climate Observatory at Pyramid station, with contribution from members of our team at the Institute for Atmospheric and Earth System Research, University of Helsinki – an EMME-CARE Advanced Partner.  The station was located in the proximity of the Everest base camp at 5050 m above sea level. The researchers deployed a full suite of state-of-the-art instrumentation to comprehensively characterize the particle number size distribution and chemical composition of the smallest particles down to 1 nm, as well as complementary meteorological and air mass origin measurements.

The study shows that particles form in the Himalayas from naturally emitted vapours. Due to the proximity of the mountain peak to the free troposphere, the emitted particles can be directly injected into the upper atmosphere by a process called ‘mountain venting’. What is fascinating is that these nanoscale particles can grow enough to cloud condensation nuclei sizes thereby affecting the climate.

What happens in particular is that vapours emitted from vegetation at the foothills of the Himalayas are transported to higher altitudes, near the measurement set-up in this case. During their transport, these gases react with oxidants abundant in the atmosphere especially during daytime. These photochemical reactions make the gases less volatile, in which they tend to go into particle phase allowing them to participate in the well-known new particle formation and growth phenomena. The formed and grown particle can travel to even higher altitudes into one of the climate sensitive regions known as the ‘free troposphere’.

The implication of this study is that it portrays a substantial source of aerosol particles independent of anthropogenic activities. This observation is important for estimating aerosol concentrations in pre-industrial times, which we need to understand well before we are able to make any projections to the future.

This study is the first, of hopefully many, to expose mountains as a potentially important source of particles injected into the free troposphere. From here after, ‘mountain venting’ is a process that needs to be included in climate models in order to improve our understanding of pre-industrial times as well as our expectations of the future climate.

The full article is published by Bianchi et al. 2020 in Nature Geoscience: