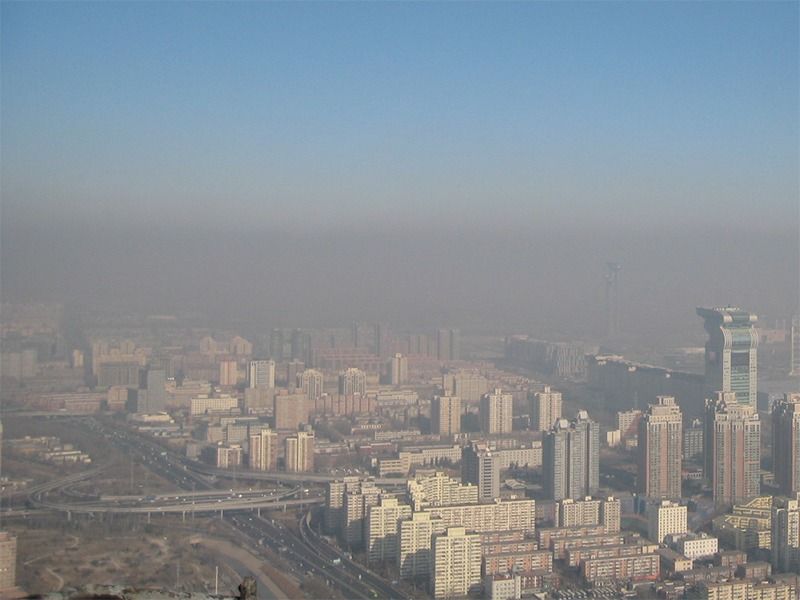 The smallest, invisible particles matter for the quality of the air we breathe: findings from parallel studies in Beijing

Atmospheric air pollution is one of the world’s greatest public health threats as it kills more than 10,000 people every day. An invisible threat that is mostly the consequence of human activity. Over the years, scientists, researches and policy makers have combined efforts in attempting to minimize – or at least decrease – air pollution and its harmful consequences.

In the context of these efforts, it has most commonly been thought that mass accumulation of atmospheric particles is the biggest threat to human health and the climate, and particle mass (particles with diameter smaller than 2.5 µm) are the main contributors to this and those that obscure visibility. However, very little attention has been given to ultrafine particles (smaller than 100 nm) in this regard since their weight and surface area are comparably negligible. Yet, recent studies have shown that these small particles have major direct effects on human health as they are capable to travel thought the respiratory tract, into the blood circulation and deposit into the heart and brain.

Particles formed in the atmosphere through gas-to-particle conversion at ~1 nm in diameter, appear abruptly in the air when enough precursor vapors are available and when the conditions are favorable. This is an atmospheric phenomenon observed in many different environments. We are speaking of hundred thousands of particles per cubic centimeter especially in Megacities where increased population meets increased pollution. However, it has been controversial whether these particles can grow enough in size to climate relevant sizes where they affect visibility and human health.

In recent studies performed by Advanced Partners of EMME-CARE from the Institute of Atmospheric and Earth System Research, we tackle the for-long controversial topic of whether these smallest particles have an effect on the climate, visibility and air pollution. In two parallel studies, we deployed the most up-to-date state-of-the-art instrumentation in the center of Beijing to tackle ‘haze’. In the first study by Kulmala et al. 2021 published in Faraday Discussion, we followed the growth and chemical composition of the freshly formed particles from sizes ~ 1 nm to sizes where they contribute to mass accumulation in an attempt to understand the reasons behind their formation and survival to mass relevant sizes. In the second study by Du and Dada et al. 2021 published in Nature NPJ climate and atmospheric science, we deployed instrumentation at ground level and at a 260 m and estimated the contribution of ground base sources to haze formation and accumulation. These two studies, together, suggest solutions to solve haze, or in other words suggest that if we want to solve the accumulation of the biggest particles, we need to start small.

‘We found that the smallest particles matter the most’, says Kulmala. In Megacities, such as Beijing in our case, we found that the smallest particles are formed from gaseous sulfuric acid and ammonia or amines which are ubiquitous. The particles grow via condensation of organics and nitrate which are equally available throughout the city. While traffic and other anthropogenic activities do contribute to haze formation, new particle formation and growth are equally important. Therefore, in order to alleviate the air pollution problem, or in other words to reduce haze, we suggest that increased attention is put upon the very small particles. In order to do so, the precursor vapors needed to form the particles and the vapors needed to grow them need to be controlled.

We also found that new particle formation is a regional phenomenon happening over 100s of kilometers, while its amplification and growth to haze relevant sizes is rather local. Increased pollution at ground level together with amplified urbanization (high buildings) create something like a bubble which separates the city from the upper atmosphere. The more pollution trapped in this bubble, makes it more stable preventing the pollutants from being diluted into the upper atmosphere and concentrating pollution inside the city where people live. It is a runaway effect, the more pollutants are emitted the more trapping happens, making haze even worse at ground level.

In brief, it is not only the particles that are directly emitted by anthropogenic activities such as traffic and industry that need to be controlled but also the associated vapors which are capable of forming seed particles in their own or grow those that are already present. To solve the big, we need to start small.