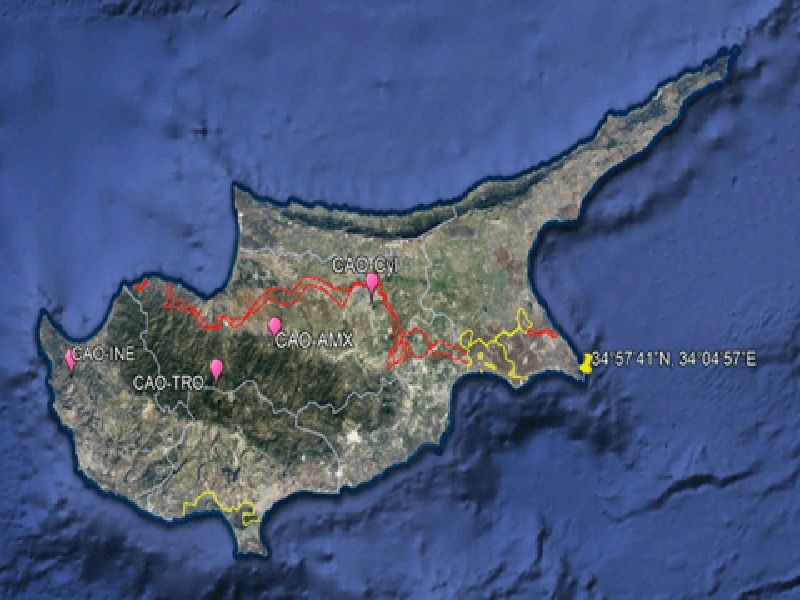 Cavo Greco campaign was a 3-month campaign taking place between December 2021 and February 2022. The measurement site, located at 34°57’41”N and 34°04’57”E at the extreme South-East of Cyprus, approximately at 20 meters above sea level, was on the previous radio relay site. We were measuring greenhouse gases every 3 to 4 seconds and some Volatile Organic Compounds (VOC). Our measurements were targeted to identify light alkanes but more generally non-methane hydrocarbons between C2 and C12 compounds every 30 minutes. Three instruments, a Picarro (CO2, CO, CH4, H2O) and two GC-FID (NMHC), were operational in a van between December 3rd and February 24th. A geolocalised meteorological station was also operational at a few meters from the van measuring temperature, atmospheric pressure, wind speed and wind direction each second.

The objective of this campaign was to catch Middle Eastern air mass events by freeing ourselves as much as possible from Cyprus’s local sources. The particular aim was to compare methane and NMHC signal coming from the East Mediterranean coasts and the Middle East to observe oil and gas operation signals of this region. We will also use this data for comparison with the Nicosia dataset acquired in 2021. Despite some technical problems caused by the condition of measurements, sometimes unstable and causing discontinuity of measurements, we were able to catch some interesting events coming from the region of interest. Data treatment and analysis are in progress.