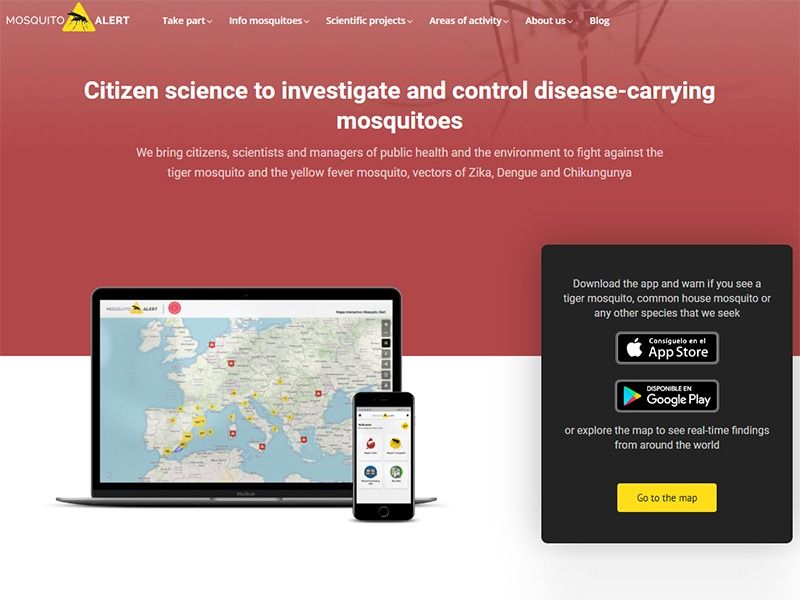 The recent outbreaks of dengue and West Nile fever in Europe, are a stark reminder of the rapid spread of invasive mosquito species and of emergent public health concern. As a result, a network promoted by the European Aedes Invasive Mosquitoes (AIM)-COST Action and Versatile Emerging infectious disease Observatory (VEO) project brings together 46 institutions in launching an application for mobile phones that allows anyone to report a mosquito observation by sending a photo and report a mosquito bite.

The application, called Mosquito Alert, is a smartphone app that will allow citizens to report observations of five mosquito species that are of greatest concern in Europe, like the Asian tiger mosquito and the common house mosquito. Mosquito Alert is now available in 18 languages and is being launched in 18 countries: Germany, Albania, Austria, Bulgaria, Croatia, Cyprus, Netherlands, France, Greece, Hungary, Italy, Luxemburg, Macedonia, Portugal, Romania, Serbia, Slovenia and Turkey. The app will allow scientists to monitor the spread of these insects, which can transmit viral diseases such as dengue, chikungunya, West Nile fever and Japanese encephalitis. The aim is to create an affordable and powerful pan-European system for a systematic and continuous surveillance of disease-carrying mosquitoes in order to predict, manage the spread and establishment of these vectors, as well as the risk of virus transmission.

A group of experts from The Cyprus Institute that includes Dr. Angeliki F Martinou and CARE-C’s Dr Kamil Erguler, along with researchers from The Cyprus University of Technology, led by the Laboratory of Vector Ecology and Applied Entomology, Joint Services Health Unit (JSHU), are participating in this first pan-European effort on mosquito monitoring and will exploit Mosquito Alert in association with conventional entomological monitoring approaches. Citizens are encouraged to contribute to this effort in the next week downloading Mosquito Alert and sending records of mosquitoes found inside and outside their homes.

Find out more about the app and download Mosquito Alert at www.mosquitoalert.com/