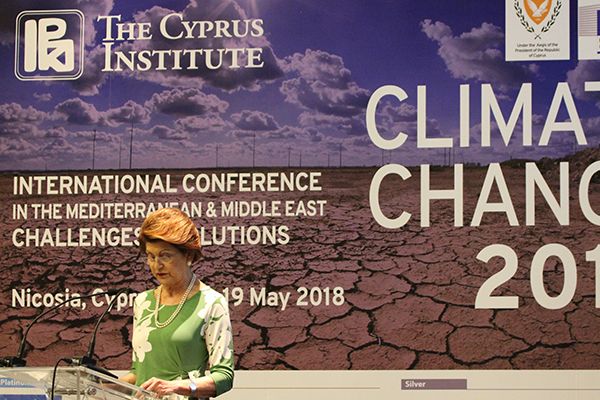 The Impact and Policy department is dedicated to pursuing multi- and cross-disciplinary research on societal challenges (environmental health, food security, water availability) requiring regional and local solutions.  It is developing a “dialogue platform” where national and regional stakeholders can discuss science-based practical solutions to challenges related to air quality and climate change.

The Impact and Policy department is new for the Centre and its relationship and interconnections with other research areas are currently seen as paving a new research avenue with few equivalents in Europe, and none in the EMME region.

In line with its scope, activities performed under the Impact and Policy department span a wide breadth of areas such as: health impact assessments, the development of methodologies to support the implementation of national action plans for climate change adaptation, impact assessments for key economic sectors, impact of mitigations scenarios with cost-benefits analyses, and legal and policy issues.

These activities are also being tailored to address the needs of national and regional public stakeholders in complying with EU climate and air quality directives and international protocols on climate and air pollution.

The Department is engaged in a number of flagship initiatives that are breaking new ground for regional collaboration in areas of climate change and air pollution in the EMME region. More prominently these include the Regional Professorship Programme, and the Cyprus Government Initiative for Coordinating Climate Change Action in the Eastern Mediterranean and Middle East.

Recognizing the need to build regionally oriented scientific knowledge on climate change impacts and better integrate current and future national interests and policies on the topic, EMME-CARE has established a Regional Professorship Programme with a view of developing a Mediterranean and Middle Eastern science and policy strategy on climate change.

EMME-CARE aims to engage key regional players through co-funding a tenured faculty position, within leading regional Universities or Research Centers, and supporting research activities on climate change to be pursued collaboratively between their organization and the Cyprus Institute.

Partners EMME-CARE has already engaged with in the context of its Professorship Program includes:

The Cyprus Government Initiative for Coordinating Climate Change Actions in the Eastern Mediterranean and Middle East (EMME) aims at the development of a Regional Action Plan to address the specific needs and challenges countries are facing in the EMME region, to address and ameliorate the impact of climate change and advance mitigation actions in accordance with the Paris Agreement.

The Initiative was established following the 1st International Conference “Climate Change in the Mediterranean and the Middle East: Challenges & Solutions”, organized by the Cyprus Institute in 2018 in Nicosia and attended by eminent scientists and policy makers from thirty countries as well as leaders of global stature. The principal conclusion of the Conference was that regional concerted climate action is urgently needed. This led to the Cyprus Government’s Initiative for Coordinating Climate Change Actions in the Eastern Mediterranean and Middle East (EMME), which was launched by H.E. President Anastasiades in March 2019.

To achieve the objective of developing a Regional Action Plan on Climate Action Coordination, a detailed work programme for the Initiative has been developed, consisting of two distinct components: a scientific and an intergovernmental component.

Comprised of up to fifteen prominent scientists with expertise in the relevant topic in the EMME region, the Task Forces will focus on collecting existing knowledge, in order to assess the situation, identify gaps in research and policy needs and provide a “toolkit” of possible actions to address the climate challenges in the region. In this regard, the Task Forces will be mandated to produce Thematic Reports (“White Papers”) in their respective areas of scientific focus. Input from the Task Forces will feed into a Comprehensive Scientific Report that will contain an overarching conclusion, as well as technologically matured and economically affordable solutions for addressing the impacts of climate change in different socioeconomic sectors.

The Comprehensive Scientific Report will be finalized in December 2021, following debate in the context of the 2nd International Conference “Climate Change in the Mediterranean and the Middle East: Challenges & Solutions” that will take place in Nicosia on the 14th & 15th of October 2021.  This will serve as the foundation for the development of the Regional Action Plan, subject to the approval of the participating Governments of the EMME region, following thorough consultations on a multilateral level.

For more information on the Initiative please refer to its official Work Programme.