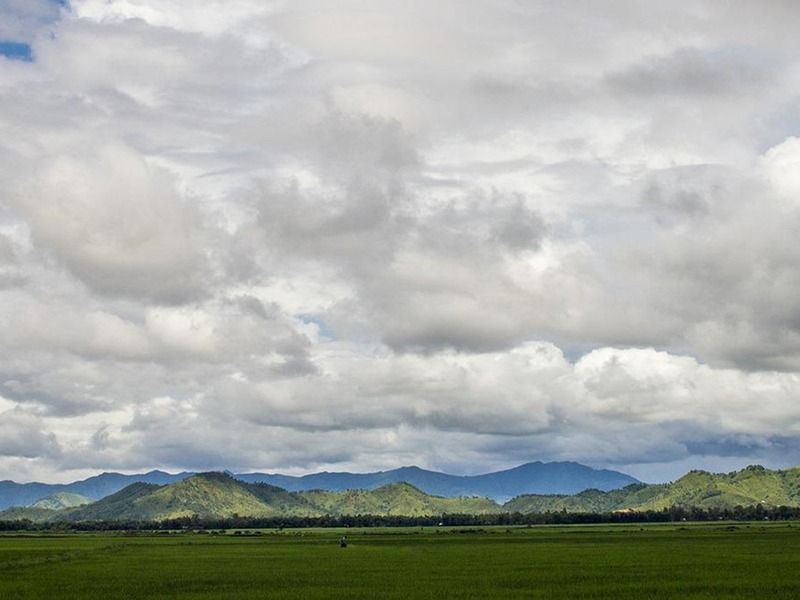 Atmospheric aerosol particles are needed as seeds to form clouds, but the controlling processes are not fully understood. By combining experiments in the CERN cloud chamber and computer modelling, a team of international researchers, including scientists from the Max Planck Institute for Chemistry and the Climate and Atmosphere Research Centers (CARE-C) at the Cyprus Institute, has discovered a new mechanism for particle formation and growth in the upper troposphere. An unexpected synergy between nitric acid, sulfuric acid and ammonia vapors forms particles remarkably rapid and depends on the availability of ammonia. This process may dominate the formation of new particles in the Asian monsoon region where ammonia from agricultural emissions is abundant.

The plentiful atmospheric aerosol particles affect Earth´s climate by reflecting sunlight and by forming more numerous but smaller cloud droplets, making clouds brighter and more long-lasting. The particles are released, for example, from volcanoes or in air pollution but a major source of cloud condensation nuclei is in the upper troposphere where reactive gas molecules combine and form new particles. In spite of the importance for clouds and climate, the roles that precursor vapors play to drive the process are not well understood.

With experiments performed under controlled upper tropospheric conditions in the CERN CLOUD chamber, a group of 75 international researchers showed that nitric acid (HNO3), sulfuric acid (H2SO4) and ammonia (NH3) form particles synergistically. Surprisingly, this particle nucleation process is orders of magnitude faster than that from any two of the three vapors alone. It appears that the importance of this mechanism depends on the availability of ammonia, a trace gas that is released mainly from livestock and fertilizers.

“We assume that the nitric acid, sulfuric acid and ammonia nucleation is the dominant source of new particles in areas of the upper troposphere where ammonia and other precursor gases are transported and released by deep thunderstorm clouds, such as over the Asian monsoon region”, states Jos Lelieveld, professor at the Cyprus Institute in Nicosia and director at the Max Planck Institute for Chemistry. A recent study using aircraft measurements actually showed abundant ammonium nitrate particles in the Asian Tropopause Aerosol Layer (ATAL) that extends over the Middle East and much of Asia at an altitude of 12 to 18 kilometers (https://www.mpic.de/4388703/ammoniak-aus-landwirtschaft-kann-wolken-ueber-asien-beeinflussen). Previously it had been assumed that ammonia is efficiently washed out by rain in the monsoon clouds.

To evaluate and interpret the CLOUD experiments, researchers parameterized the measured nucleation of nitric acid, sulfuric acid and ammonia and implemented this into a global aerosol-climate model.The simulations corroborate the CLOUD experiments and furthermore show that the particles can spread across the mid-latitude Northern Hemisphere, influencing Earth’s climate on an intercontinental scale.

“Although the ammonium-nitrate-sulfate particles are formed locally, they can travel from Asia to North America in a few days via the subtropical Jetstream”, explains physicist and climate modeler Theodoros Christoudias from the Cyprus Institute. As a result, these particles can persist in an intercontinental belt, covering over half of the mid-latitude surface area of the Northern Hemisphere, he says.

The new CLOUD experimental and modeling results can inform policies in view of anthropogenic pollution regulations and improve the ability of global models to predict how the climate will change in future.