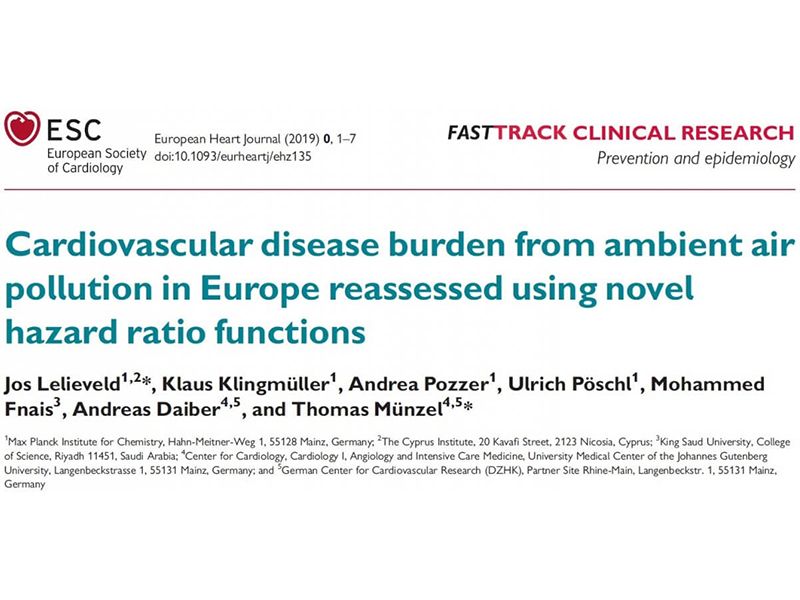 The relevant scientific article of Prof. Lelieveld et.al., published on 12 March 2019 in the European Heart Journal with the title: “Cardiovascular disease burden from ambient air pollution in Europe reassessed using novel hazard ration functions“, has created a lot of “noise” in European media. The below figure from the publication is just one of the indicative reasons why the contents of this new scientific article have gained such visibility around Europe…